Imagine a young mother, newly single and cautiously making her way through the system of family court.  Picture her trepidation and anxiety as she stands before the judge who will ultimately decide the fate of her precious children.  After struggling through a difficult divorce, she is here to finalize the custody agreement and accompanying child support order.

That woman was Dedree “Dee” Butler, years ago.  It didn’t matter that she had attended school at Howard University and then the William S. Boyd School of Law at UNLV to achieve her law degree.  No one cared that she was an accomplished attorney who had worked diligently in criminal defense for the juvenile division here in Las Vegas.  She was just another face in family court, waiting on a decision that could change her children’s lives forever.

This very experience has led Butler to run for Family Court Judge of Department J in the upcoming 2020 election.  She began her career in private practice focusing on family law and has continued to represent clients in the family court pro bono.  As a career public servant, having practiced in the Clark County Public Defender’s Office for the last decade, she is no stranger to the courtroom.  She is the Team Chief over the Domestic Violence Unit, and after working with parents and children who have become entangled within the system, she has an empathetic heart for those whom she has had the honor to represent.  Butler is a zealous advocate who works hard to ensure that her client’s voice is heard.

“Family court decisions are critical to families.  We need judges who are compassionate, fair, and diligent.  I am that person,” Dedree states with conviction.

Butler cites many judicial mentors that have helped shape her perception of what an effective judge should be.  The list includes Judge Kathleen Delaney of the Nevada Eighth Judicial District Court, who currently presides over Criminal, Civil, and Business court matters, and testified in the OJ Simpson murder trial.  Butler appeared before her several times with various cases when Judge Delaney presided over mental health and drug court, and she admires her for always being patient and treating people with kindness and respect.

Dedree cites Judge Melanie Andress-Tobiasson of the Las Vegas Township Justice Court, as well.  In the years that Butler spent appearing before Judge Andress-Tobiasson, she witnessed how she would go above and beyond to help people who came through her courtroom, always treating them with compassion and fairness. Dedree Butler’s legal “hero” is none other than former First Lady Michelle Obama, who she finds to be brilliant, graceful, positive and compassionate.  She strives to emulate this example and carries herself in the same way.

Just as Michelle Obama has been able to successfully juggle her home and career, Butler is most proud of being a mother of three beautiful children (two girls and one boy, ranging in ages from eight years to nine months old).  Attending her daughters’ swim and dance classes is her fondest joy, along with the hot yoga classes that she participates in to promote positivity and health throughout her mind, body, and soul.

As the judge of Family Court, Dedree “Dee” Butler will dedicate herself to seeing past stereotypes to treat each person with the justice that they deserve.  She feels strongly that it is imperative that the public elects people of different races, genders and cultures to diversify the existing judiciary system.  If the judges are to understand a variety of issues that are important to people from different backgrounds, Butler feels that the current lack of representation must be rectified.  The only way that this can happen is through the people’s vote. 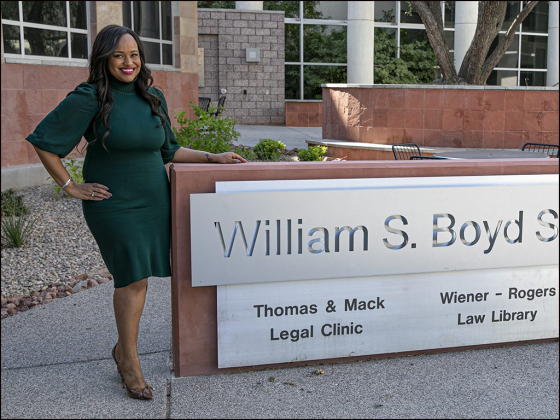