From the time that Nancy Justice spent growing up with her two brothers and an array of male cousins, she lived up to the nickname that her parents had given her – “Nefertiti”.  She was always able to do anything that the boys around her did, and she had a knack for being able to enter any room and feel perfectly comfortable being there.  Nancy was rarely intimidated by any one or any situation that presented itself to her.   That tenacity and confidence would surface many times during her life, and her childhood nickname would serve as inspiration for the name of her fashion company, Nefertiti Fashion, LLC.

Nefertiti Fashion was created after Justice celebrated she and her husband’s recent move to Pahrump, NV in 2002.  She had dined at a local bar & grille restaurant with friends, and as they waited for their food to arrive to the table, they perused an Essence magazine.  Seeing well-known fashion designer Rodney Epperson (of Project Runway fame) featured in one of the articles, every woman at the table made comments about how much they loved his versatile clothing.  The special feature of Epperson’s designs was the ability to wear one piece several different ways to expand any wardrobe.

On a whim, having never spoken to the designer before, Nancy decided to phone him the next day to custom create a couple of pieces for her.  Before they both knew it, Nancy Justice had decided to do her first “trunk show” featuring Epperson’s designs.  Ten shows and seventeen years later, Justice has made a name for herself in the fashion industry as the Link to Fashion for many consumers looking for a better way to buy direct from the designers they adore.

Every October, which is the fashion industries busiest time of year with the holidays approaching, Nancy hosts A Link to Fashion, which is a highly-anticipated fashion vendor’s event.  A few of the featured fashion designers attend to meet with their public face-to-face, and many of them allow Nefertiti Fashion to represent them on consignment.  In past years, the event has been hosted at the Four Seasons Hotel in Las Vegas, NV.  In 2019, the event was hosted on Saturday, October 26, 2019, in Pahrump at the Sanders Family Winery.  A local favorite, Mario’s Westside Market, was in attendance, as the owner, Mr. Mario Berlanga of T&M Catering, provided delicious meals to everyone who purchased items at the event.

Rodney Epperson of New York, NY and Palden Hester of Tibetan Sisters in Denver, CO were in attendance, along with Claudia Reed and Keaomalamalama Cooper of Las Vegas, NV.  Designers who were represented by Nefertiti Fashion were Mountain Mike, Michelle Leparispetit, Nia Ndewele, Max Moon of Morocco, Bryn Walker, and Amy Zerner Designs.

Justice attributes her success in the fashion industry to being focused on developing a personal relationship with the designers that she meets along the way.  Rodney Epperson has taken to calling her “Mom” due to their close friendship, and Palden Hester is just as close, having introduced Nancy to all of the Tibetan monks in her family.

“Some people are rich in money, but I always say that I am rich in relationships.”  Nancy says with a wide smile.  “I suppose I got that from my mother.  She collected friends like I do.”

Fashion calls to Justice because of the way a person can make a statement with their clothing and express their individuality.  She longs to match buyers to the designers who make them feel the most comfortable in their own skin.

“Don’t be a sheep!  Choose beautiful pieces that not everyone has.  If you love it, then you should wear it!”  She insists.

Refusing to conform to everyone else’s idea of what you should wear, how you should live, and what you should know has gotten Nancy Justice to where she is today.  She met her husband, Dr. Owen Justice, who is a practicing dentist at Cheyenne Decatur Dental, in 1962, at a mandatory school assembly while they were attending North Carolina Central University.  They have twin sons and have been married for fifty-two years.  During those fifty-two years, Nancy has earned her pilot’s license, become a gun enthusiast, and started riding motorcycles.  Many people would see her at first glance and never guess her unusual hobbies.

Nancy was licensed and flew single-engine Cessna airplanes for almost two decades.  She currently rides a CanAm Limited motorcycle, but she has owned a few Honda’s, like the popular VFR and Goldwing.  Having graduated from several gun schools, Justice was featured in the documentary, “Packing Heat:  Women that Know How to Use Self Defense” after six men attempted to abduct her at the Baytown Mall in Houston, TX in 1984.  Because she had a weapon and knew how to use it, it saved her life.

Having grown up as a little girl from the country in then-segregated Hillsborough, NC, no one would have guessed that Nancy Justice would travel the world (including, but not limited to, Scotland, South Africa, Egypt, Kuwait, Italy, China, South America and Peru), explore such impressive interests, and become a link to premier designers in the fashion world, even though she can’t sew a stitch herself.  They may never realize that she and her husband participated in Eyes on the Prize since 1980, an organization built to teach children financial management, dining on a budget, and other real life scenarios not taught in school.  Nancy believes strongly that she has been blessed in her life because she has always given back without hesitation.

When asked how people these days can encourage their daughters to live their lives out loud with no fear, as she has, Justice stresses that we must develop a strong confidence in our girls.

“I would say, in your life, you have to learn how to bypass the no.  Every one you meet will encourage you to stop your journey.  They will tell you that it’s not going to work.  You have to remember to stay focused, and know that there is so much peer pressure going on.  Stay focused.  Pick apart the components of what it will take to accomplish your goals, plan, and focus on accomplishing each one.  If it can be done, and you can do it, then you should try it!  Most importantly, have a heart, and always share what you have.” 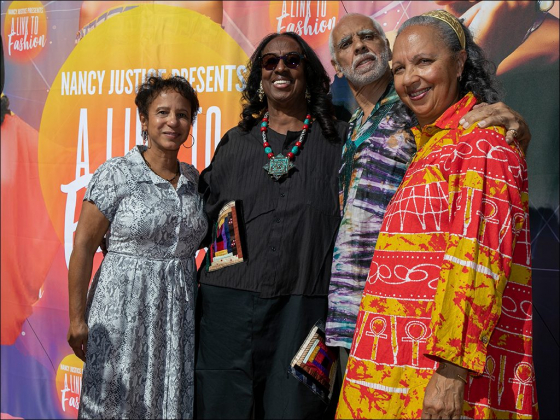 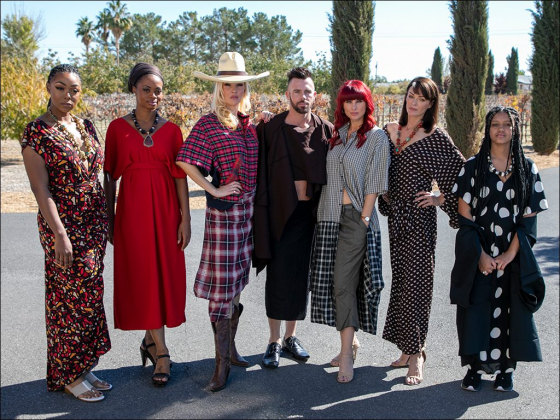 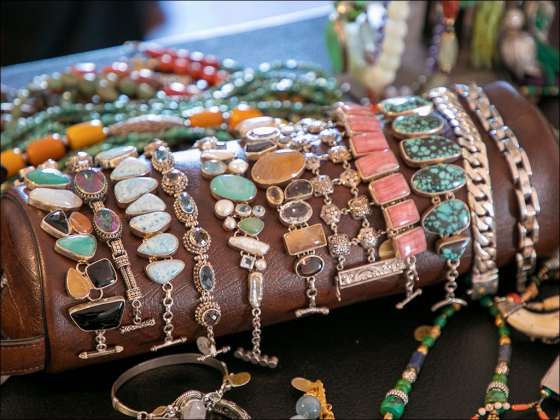 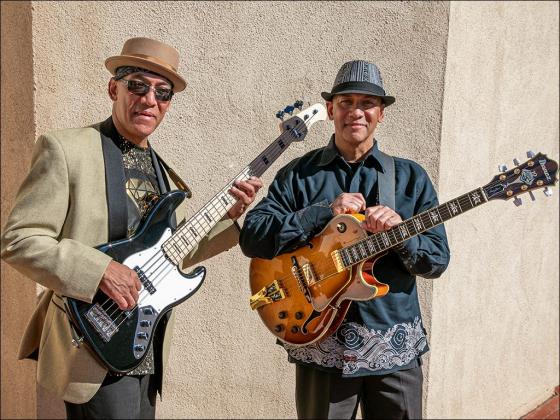 World famous fashion designers so up in Pahrump, Nevada for wine tasting and shopping. Greatest fashion event of the year.

Did you find this review helpful?