The Judiciary: Part 1 of a 4-Part Series on Government in the State of Nevada

Whether we like it or not, the state courts of this country are in the eye of the storm. We have become the emergency room for society’s worst ailments – substance abuse, family violence, mental illness, and so much more. This reality has forced the courts to approach cases with innovation and collaboration with all involved. These pressures underscore the need for a public judicial system that is timely and efficient in its management of a case, while treating each person with respect and dignity.

Chief Justice Mark Gibbons from his address to a joint session of the 80th Nevada Legislature in Carson City on March 21, 2019.

The Judicial branch of the government is responsible for interpreting the law. While that sounds like a relatively simple task the justice system relies on a multi-leveled court system. It may seem confusing, but the purpose of each level is understandable.   Courts have control areas of law and over specific geographic areas. This is referred to as the Court’s jurisdiction.  Once a court decides in a case, that decision can be reviewed by higher level court through the process known as appeals.  While this process can take years, important legal decisions are finally settled by the Supreme Court of Nevada.

As the highest-level court in the State of Nevada, the Supreme Court of Nevada is made up of a chief justice (judge) and six associate justices. Each are elected to serve for six years. There are no trials conducted in the Supreme Court. Instead, it reviews cases from lower courts statewide to ensure that there were no errors in how the law was applied and to ensure that are parties rights were protected.  The Supreme Court also hears appeals from discipline taken against attorneys and judges.

Only a small number of cases from the entire state are reviewed by the Supreme Court. Of the over one hundred thousand cases filed in state courts 2019, only 2,982 were appealed. The Chief Justice decides which cases will be considered by the Supreme Court and which are sent to the Court of Appeals to review.

After the cases are decided by the Court, their decision is released to the entire state and all the other courts, including the 190 judicial officers they supervise, must follow it. Their decisions frequently have broad impact across the entire judicial system. Most recently, the Supreme Court ruled that a criminal defendant accused of misdemeanor domestic violence has the right to have a trial by jury in that case.  Because many of those cases are charged at the municipal court level and the municipal courts have no jury trials, most cities are struggling to find a way to comply with the Court’s order.

The Supreme Court is the only court with the ability to establish mandatory procedures and policies for the lower courts to follow. Once an ongoing problem is identified, the Court works with other members of the justice system like District Attorneys and Public Defenders to find a way to keep the system running.  For example, due to jail overcrowding and the high cost of mass incarceration, the Supreme Court established a committee to determine how to release more people from jail yet still protect the community. After several years of development and pilot projects in Clark and Washoe Counties, the Supreme Court has ordered that all criminal defendants must have a Pre-Trial Risk Assessment completed to standardize who should be released pending trial throughout the state by September 2020.

Though limited in scope, Supreme Court Justices have a dramatic effect on the entire judiciary when they choose to act.

THE COURT OF APPEALS

The most traditional and most numerous of all courts are the District Courts. 52 District Court judges are seated in Clark County and they have the primary responsibility of resolving over 100,000 cases that were processed here in 2019.  Criminal cases with punishments greater than a year, higher valued civil law (lawsuits for money), family law, and juvenile law cases are all heard in the District Courts. They can be resolved through trials in front of a jury, bench trials (where the judge sits like a jury), mediation ( where a neutral party works with the parties to come to a mutually agreeable solution), or arbitration (where an agreed upon third party hears the facts and issues an opinion).  They are funded by the State, which pays the judges salaries, and Clark County, which pays for the court staff and buildings.

In closing of over 98% of the filed cases per year, these trial courts must manage high caseloads and complicated cases.  Elected for six-year terms, the District Court judges have remarkable powers. They can sentence people to prison or death, award million-dollar verdicts, or terminate parental rights. Only guided by their own interpretation of the law and their individual judicial philosophies, these judges act as the day-to-day managers of the justice system. While their decisions can be reviewed on appeal, a process which can take from 2 to 10 years, most of their decisions are “final” because the cost of appealing those decisions.

The District Courts have struggled for years to manage their ever-rising caseload. Of the 102,780 processed, approximately 23,691 were “re-opened” from prior litigation.  From probation revocations to cases bring sent back from the appellate court because of a judge’s error, the “revolving door” of the courthouse has forced the trial courts to seek alternative strategies to reduce criminal recidivism (repeat offenders) and to streamline business litigation. The development of specialty courts like Drug Court, Veterans Court, Mental Health Court, and Business Court are the newest efforts to help keep the overall case numbers lower. Unfortunately, due to a State General Fund appropriation of only $3.6 million for the entire state, citizens have not received the full benefits of these programs.

Over half of these District Court seats will be up in this year’s election.

20 of the 52 total District Courts in Clark County are designated to hear only family law issues which by their nature are complicated. Any resident of Clark County that needs to legally settle their family relationships will have contact with these courts. The vast majority of the 46,305 cases filed in the Family Division in 2019 were divorce, paternity, child custody, adoption, and visitation matters. Navigating this process is made more difficult because most people go to court without an attorney (appearing Pro Se). The courts are not required to provide attorney for most family law cases.

The Family Division uses several tools to help make the process faster but there are criticisms about the fairness of the process. There are no jury trials of family law cases, so all trial cases are conducted by single judge. Once you have been assigned, the judge will be assigned all matters involving the entire family, a rule called “one judge, one family”. Mediation or a settlement conference is required before a case can proceed to trial. Fortunately, the Court does contract with Legal Aid of Southern Nevada to fund and support the Family Law Self-Help Center. All the filing forms, fee waiver forms, classes, videos, and instruction are available for free to the public at the center.

The Family Division resolves cases that involve protecting vulnerable people from others. Temporary protective orders in domestic violence cases are processed here. Guardianship hearings, or the legal authority to make legal decision for another person, are also held here. Allegations of child abuse and neglect are managed in the Family Division (sometimes involving Child Protective Services) but can also bring criminal charges filed in the Justice Courts.  While the “temporary” removal of children from their family is a practice that is used, these judges also have the power to terminate all parental rights permanently.

Another criticism of the Family Division comes from its connection to “the school to prison pipeline”. One department of the Division handles all children under the age of eighteen who are charge with criminal offenses (juvenile delinquents), the Juvenile Court. This court also oversees children in need of supervision, like for curfew violations. This court also has the power to certify the child as an adult, which sends the child into the adult criminal courts and potentially to an adult jail or prison.

With overwhelming and rising case numbers in mind, the legislature approved six additional District Court Judges to join in the effort to manage all of these cases.  These seats will be on your November ballot.

The lowest level of Clark County courts is the Justice Courts, three urban and eight rural facilities.  They are equally important and by managing the highest caseload numbers, these courts are the work horses of the judicial system. Just 29 judges (called Justices of the Peace) handled 86,762 criminal and civil cases in 2019. The also resolved over 200,00 traffic and parking citations. There are no jury trials in Justice Court and it is funded by Clark County and the fees/fines collected from those cases.

Just like the District Courts, Justice Courts hear both civil and criminal cases. Civil matters heard include small claims cases (requests for money only up to $10,000), evictions, debt collections, and orders of protection.  They offer a free mediation service through the Neighborhood Justice Center to help people settle cases without the court. The Civil Law Self Help Center is another free resource available online and in-person to help unrepresented people navigate the process.

Justice Courts function as a sorting machine, resolving most cases through guilty pleas to misdemeanor offenses.  The judges also set bail amounts or release people without requiring then to pay money (an own recognizance release, or OR).   They issue arrest warrants and search warrants. The judges can also conduct bench trials on misdemeanor or traffic offenses.

Charges which are gross misdemeanors or felonies are frequently reviewed through the process called a preliminary hearing. The State of Nevada is represented by a prosecutor who must produce enough evidence to establish that a crime was committed, and that the Defendant is the person who most likely committed it.  Once that proof is presented, the Justice of the Peace sends the case to District Court to conduct a jury trial.

These judges serve for six-year terms and two seats will be up for election on this November’s ballot.

The Municipal Courts are the courts with the most limited authority because they can only process cases that occur within the city’s limits and arise from violations of the city’s municipal code. There are 5 independent municipal courts within Clark County: Boulder City, Henderson, Las Vegas, Mesquite, and North Las Vegas. Collectively, they processed 898 civil cases, 35,453 criminal cases, and 127,942 traffic/parking violation in 2019.  They are also limited to only handle misdemeanor offenses. All gross misdemeanors and felonies must originate in Justice Court or District Court.

The Municipal Courts also generate a great deal of revenue compared to other courts. All courts receive revenue through the payment of court fines and court fees. In 2019, the State Judicial System was authorized $22.9 million from administrative assessments applied to misdemeanor criminal and traffic violations from the entire state. North Las Vegas raised over $5.2 million in 2017.  Las Vegas reported earnings of $6.5 million in 2018.

If you live within a city’s limits, you may have one of these seats up for election. 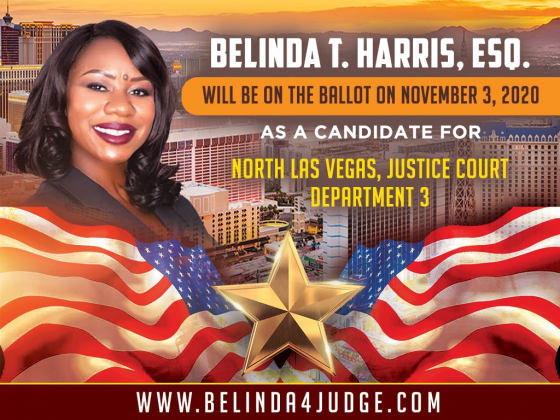 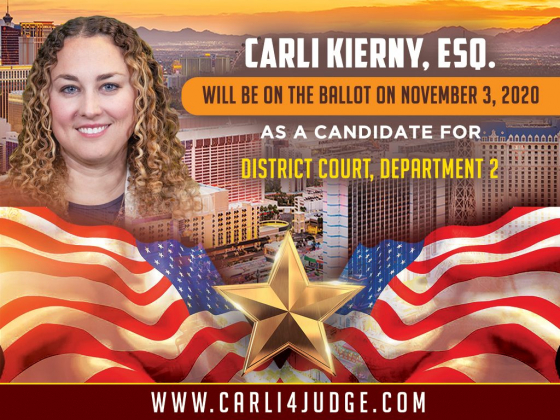 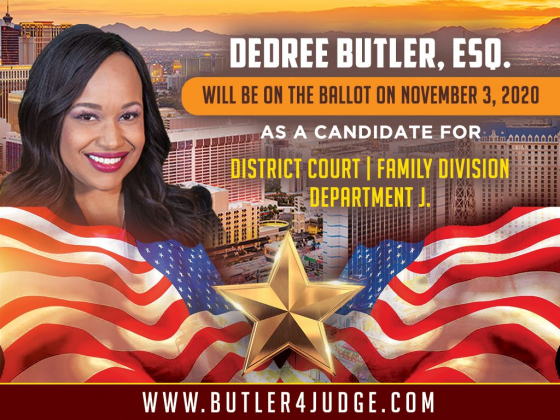 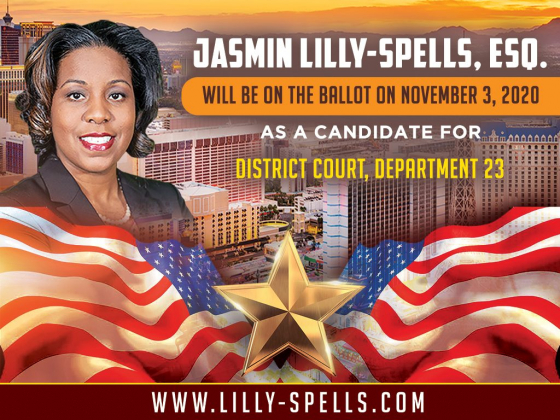